Thanks for making our first Trivia Night a huge success!

On April 8, 2011, over thirty archivists (and friends!) gathered to celebrate Archives Week with AAO East's first pub quiz night.  Big thanks to our quiz masters Roddy McFall (Library and Archives Canada) and Serge Barbe (City of Ottawa Archives) for helping to make our event a huge success.  Here's a few shots of the event:

The quiz masters, Serge and Roddy 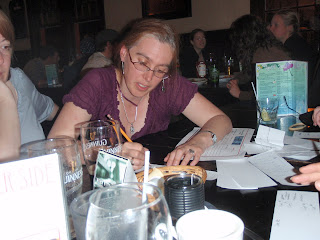 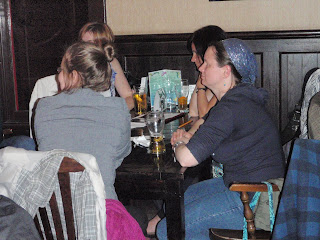 The Irish delegation (plus Leah!) 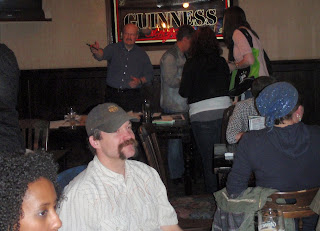 Serge and Roddy hand out prizes

And here's a quick note from our quiz masters:


Serge and Roddy would like to thank the organizing committee and all of the participants for making the inaugural AAO-EOC Quiz Night such a success! In the excitement generated by the revelation of Paddington Bear's ancestry, however, they failed to provide the correct answers to the "Historical Images of Ottawa" section. See below for both the questions and answers. 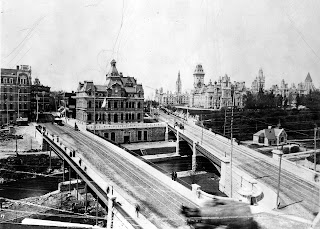 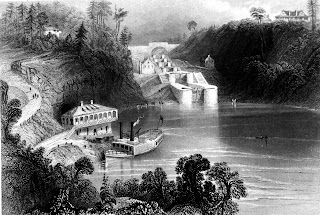 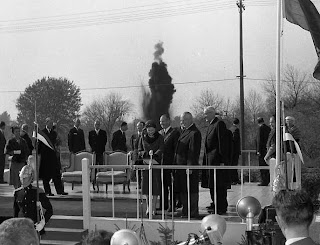 3)      In this photo, Queen Elizabeth II is detonating an explosive device to launch a construction project instead of the customary turning of the sod ceremony. Which construction project is it?
A. Ottawa’s former City Hall on Sussex Drive
B. The National Arts Centre
C. The Queensway
D. The Riverside Hospital.
Answer: C. The ceremony took place on 15 October, 1957 near Hurdman’s Bridge on the east shore of the Rideau River. 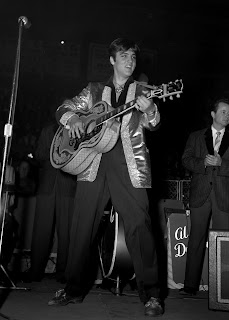 4)       Elvis Presley gave two concerts in Ottawa on April 3rd 1957, as part of his only tour outside of the United States? In what venue did Elvis perform to the screams of adoring fans? (Photo AN-49378-109)
A. The Auditorium
B. The Capitol Theatre
C. The Lansdowne Park Coliseum
D. The National Art Centre
Answer: A. The Auditorium was on the present site of the YM-YWCA on Argyle Street. 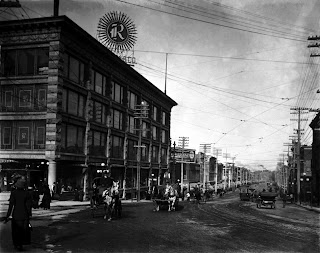 5)      The building seen in the photo stood at the intersection of Rideau and Sussex Streets. Built in 1905, it was the first commercial building in Ottawa to use a Chicago-style steel-frame construction. What was the building’s common name? (Photo CA-02935)
A.   The Daly Building.
B.   The Hunter Building.
C.   The Roxborough Building.
D.   The Transportation Building.
Answer: A. Originally built to accommodate the Lindsay department store, it was acquired by the A.E. Rae department store chain around 1909. The H.J. Daly Co. succeeded to that firm in 1918. The building was demolished in 1991.
Posted by AAOEast at 3:40 PM